In this series, we explore collecting stamps by different subjects, presenting a few of the most interesting stamps through history. I have selected some of my favourite stamps featuring animals that are well-known in the philatelic world. These animals are all inextricable symbols of the countries they represent and often beloved and endangered species. 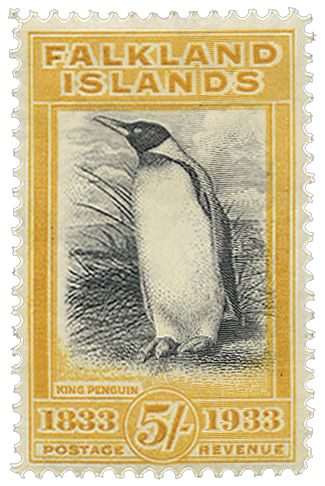 The Gentoo Penguin is probably the most famous bird of the Falkland Islands and the subject of the most famous stamps of Falkland Islands too. Gentoo Penguins nest in colonies adjacent to sandy or shingle beaches at over 80 locations around the Falklands. It is not certain where the application of name ‘gentoo’ to the penguin comes from. Gentoo was known to be an Anglo-Indian term to distinguish Hindus from Muslims. The term might have also originated from the Portuguese word gentil. It is safe to say that this adorable animal is a hallmark of the Falkland Islands fauna. In philately, the Gentoo Penguin also appears on all denominations of 1929 stamps of King George V, the so-called ‘Whale and Penguin’ stamps. 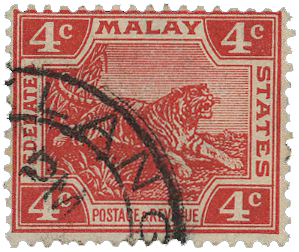 In 1901, the Federated Malay States brought out a set of definitive stamps that feature a pouncing roaring tiger. These stamps are some of the earliest and rarest examples in philately showing the animal in such a dynamic motion, ready to attack. The Malayan tiger is native to Malaysia and is a national animal, featured prominently on the Malaysian coat of arms to this day. The Malayan tiger lives in the southern and central Malay Peninsula and it is a critically endangered species, with only several hundred adults surviving at this time. In philately, these stamps with the Malayan tiger design were issued until 1934 – for 33 years!

Under the British Empire in 1922, the government issued a series of 19 stamps inscribed TANGANYIKA, featuring a quaint and masterfully designed head of a giraffe. They were denominated in cents, shillings and pounds - the set depicted represents the high-value stamps of this issue.  The Flag of Tanganyika between 1916 and 1961 was a British Red Ensign with the similar giraffe head in a white disk. It was used as the flag of Tanganyika Territory while under British Empire administration, as a League of Nations mandate and later United Nations trust territory. Today, in Tanzania, giraffe is still a national animal that features prominently in national parks and wildlife sanctuaries. Approximately 38% of Tanzania's land area is treated as protected for conservation. 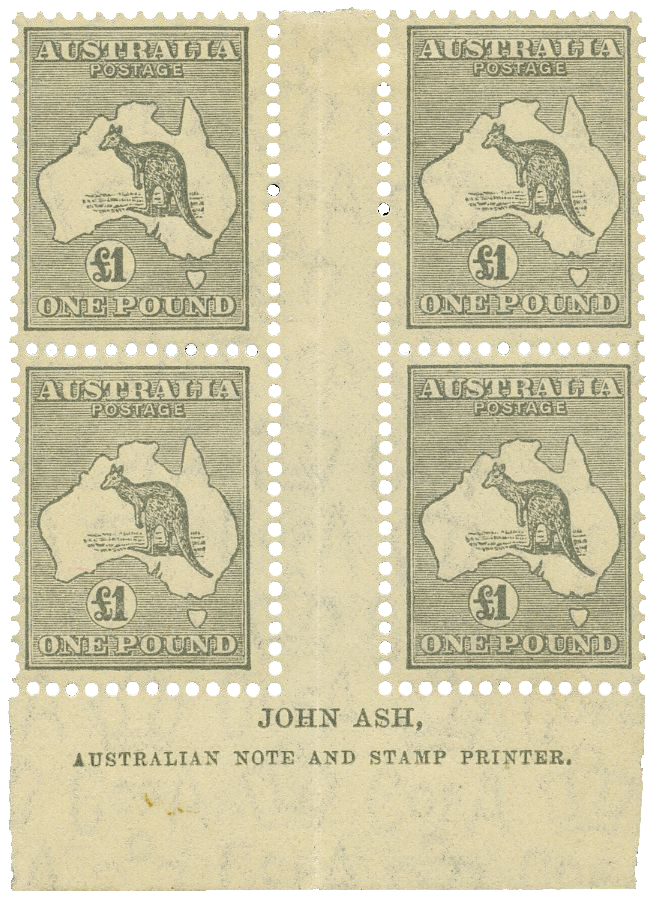 A well-known and beloved marsupial indigenous to Australia made its way on the most famous Australian stamps, carving his way as the national icon. The Kangaroo and Map stamps provoked much controversy upon the issue. The acting government was accused of being unpatriotic and anti-British, because of the missing image of the monarch. You can find all about conception and collecting Kangaroo and Map stamps here.

The kangaroo is a symbol of Australia and appears on the Australian coat of arms, on some of its currency and is used by some of Australia's well-known organisations, including Qantas and the Royal Australian Air Force. 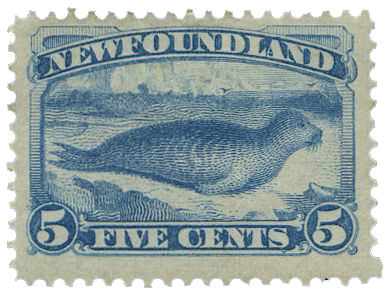 Throughout the history of the island, seals and caribou were mainstays of the human diet, supplemented by whales, walruses, fish, bears and birds. The first postage stamps of Newfoundland were issued in 1857. From local fauna, the common seal on ice appeared on stamps in 1865 for the first time, as well as the Atlantic cod. In 1876 onwards, some of the stamps were rouletted like the one depicted below – which means separated with small horizontal and vertical cuts, giving it a different border from the perforated stamp. 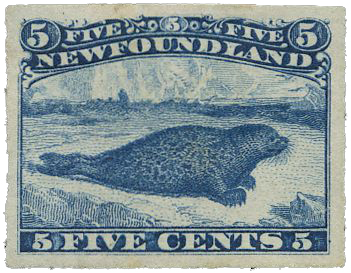