King George V was crowned in 1911. It was during his reign that the first commemorative postage stamps were issued within the UK. A new process was also introduced whereby stamps were produced from a photographic negative transferred to a metal plate and etched in, known as photogravure. Due to all these philatelic milestones, a King George V Stamps value can be considerable. The 1922-27, £25 Kenya and Uganda Red & Black being among the most expensive and desirable, one example in excellent condition sold for £28,792.

George’s reign was not without difficulties, including the beginning of the First World War; he made over 450 visits to troops while continuing to campaign towards the humane treatment of prisoners-of-war in Germany. 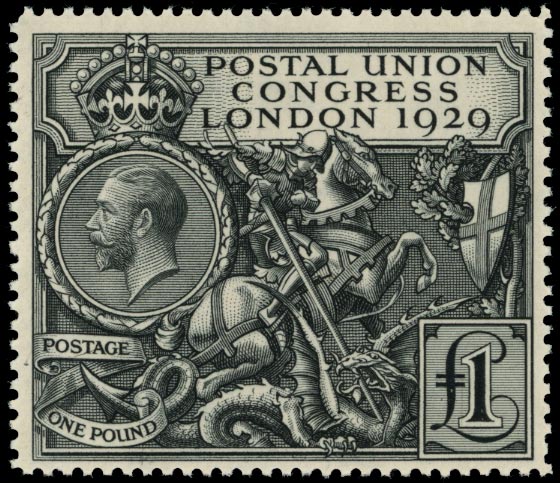 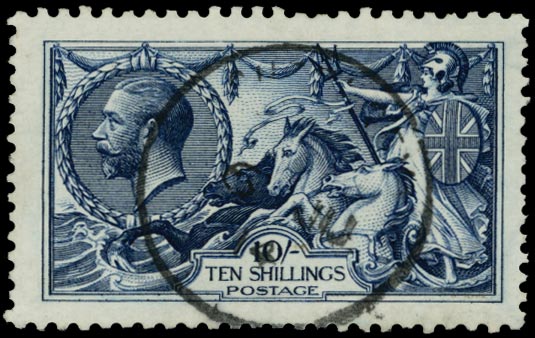 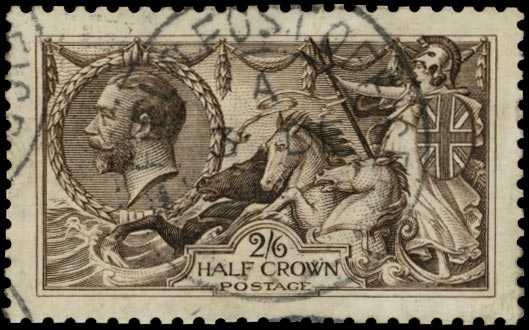 The anti-German feeling across the country subsequently led to George adopting the family name of Windsor after the castle of the same name. During his reign, the King also played a diplomatic role during the Easter Rising in Dublin, Ireland, and civil war which followed.
He died on 20 January 1936, leading the way for the succession to the throne of his eldest son, Edward VIII.