As a stamp-issuing entity, Ireland is relatively young, having only been in existence since 1922. Prior to this, Ireland used the stamps of Great Britain (being a part of the United Kingdom) and these early British stamps are avidly sought by specialist collectors. They are generally worth a small premium over the same stamps used in Great Britain. In early 1922, the British stamps in circulation were overprinted with Irish text and it was not until December of the same year that a new set of definitives were issued, which first featured the map of Ireland and went on to include Celtic symbols such as the Sword of Light and other traditional Irish designs.

Rare and popular issues for collectors and philatelists include the 1937 10s St. Patrick indigo, the 10s dull gray blue seahorse, and the 2d coil stamp. 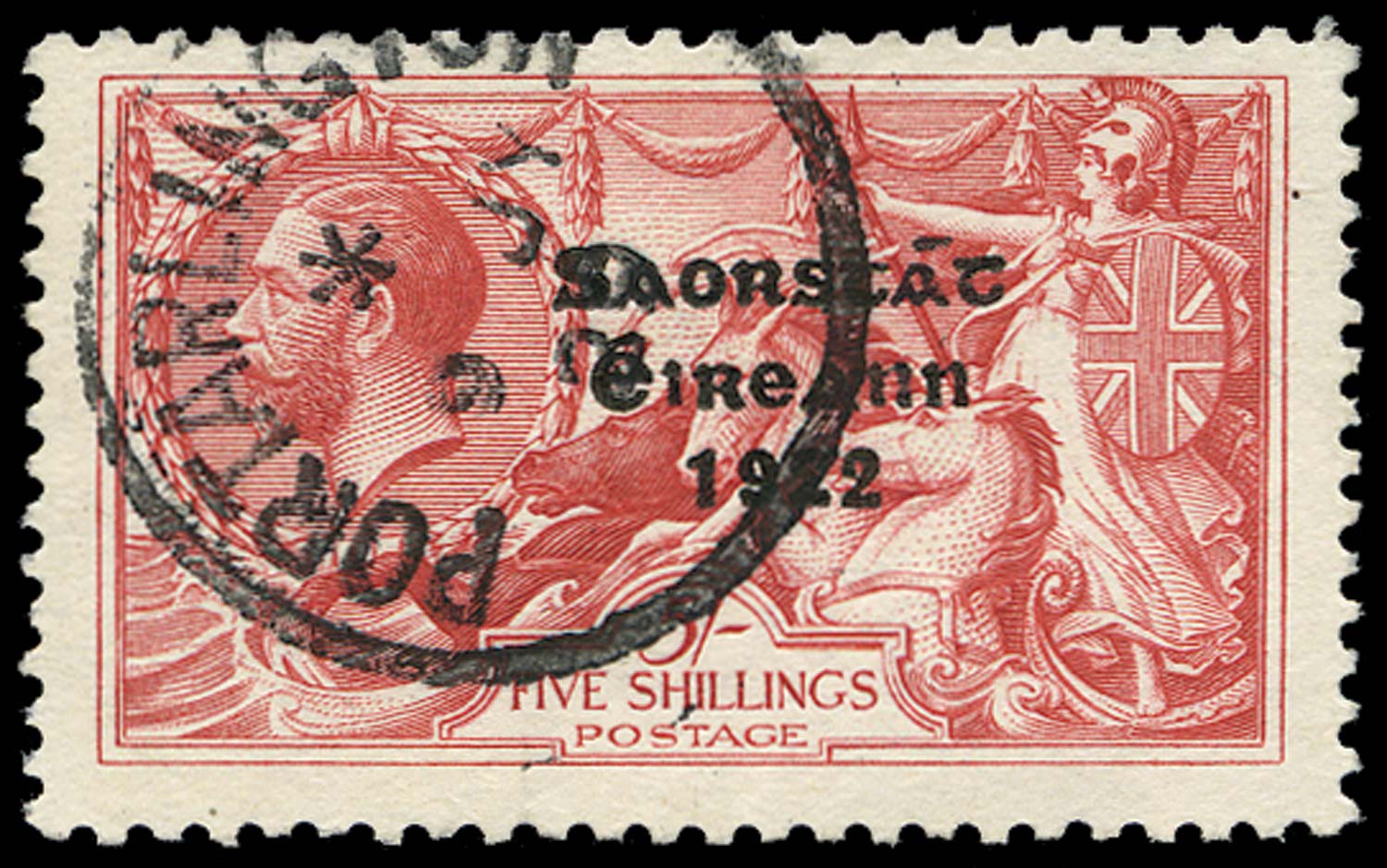