Australian stamps have over the years often celebrated the British monarchy, particularly on the definitive issues. Queen Elizabeth II is Queen of Australia: her birthday was for many years marked by a special stamp.

Before the stamps of the Commonwealth of Australia were issued on 2 January 1913, each state had its own stamps. 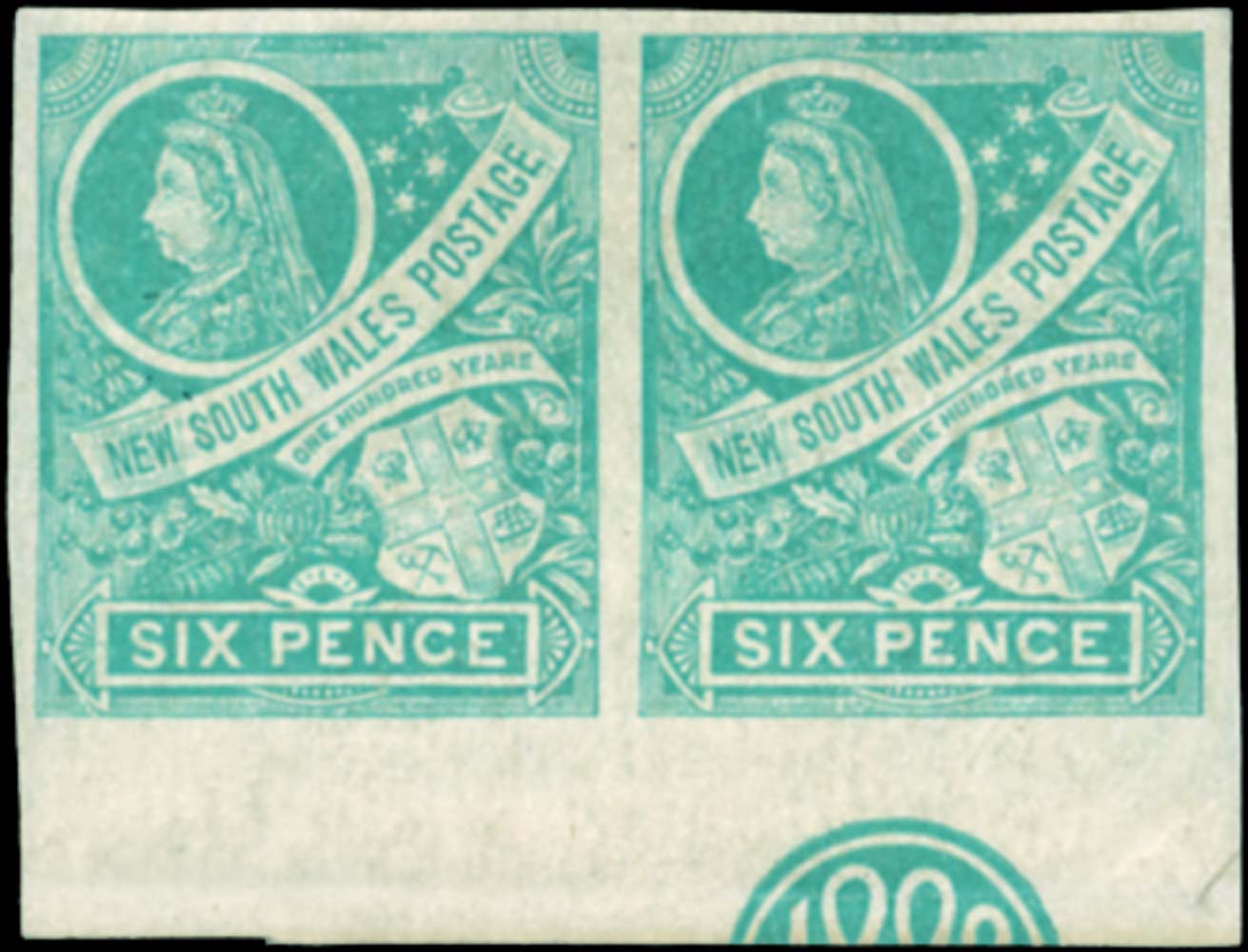 Those for New South Wales were released on 1 January 1850, the first of the states to issue stamps. It was not until the following year that the first stamp with the portrait of Queen Victoria was issued. Thereafter the Queen’s portrait was a design feature of all stamps of the state up to the set of 1 May 1888 that marked the centenary of New South Wales. This set embraced a variety of designs, from an emu and kangaroo to Captain Cook. Only one of the values, the 6d, included the portrait of Queen Victoria alongside the Arms of the Colony. The same stamp would appear over the years with changed colours and perforation measurements. Of note is the release of 1899 that saw the stamp issued in emerald-green. Understandably desirable is this stamp without its perforations, in other words imperforate, normally collected as such in pairs. 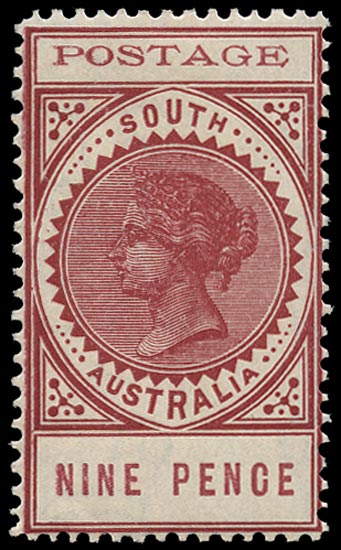 It was on 1 January 1855 that the first stamp of South Australia was issued. This state is ideal for collectors of Queen Victoria stamps because all of its stamps featured the Queen’s portrait. Particularly unusual was the design introduced on 20 December 1886 in that the inscription ‘SOUTH AUSTRALIA’ was part of the surrounding the Royal portrait. When first issued the design was used for the high values from 2s 6d to £20, the higher denominations naturally being scarce, particularly unused. These stamps included ‘POSTAGE & REVENUE’ above the portrait, with the denomination in words below. The same design was used for lower denominations, from 3d to £1 released from 1902.  The top panel now read simply ‘POSTAGE’. One of the values included, the 9d printed in rosy lake, was initially released on 19 September 1902 with perforation 11½ to 12½, but then was released again on 2 December 1903 with its perforation measuring 12. Further variations of this stamp would appear later. 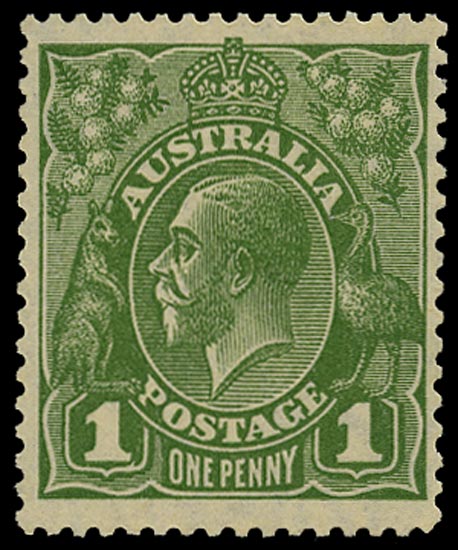 As mentioned, the first stamps for the Commonwealth of Australia arrived in 1913 the famous ‘Kangaroo on Map’ design. It was later that year, on 9 December, that the portrait of King George V was used, initially on a 1d in red issued on paper without a watermark. This design would remain in use for several years, printed on paper with a watermark featuring the letter ‘A’ surmounted by a Crown from 1914, providing collectors with much scope for study. Of particular note are the variations to the watermark, the perforation, and slight differences in the dies used to produce the printing plates. An example is the 1d in sage-green that appeared in June 1928. The watermark now comprised a multiple ‘Crown over A’ arrangement, and the stamp had perforation 13½ by 12½. The stamp appeared in what is known as ‘Die II’ distinguished by a white upward spur to the right of the base of the ‘1’ in the left-hand value tablet. To add greater interest, the stamp is known with the watermark inverted, understandably a scarce stamp with this variety.

For collectors of King George VI stamps, the definitives of Australia first issued in 1937 are particularly interesting, including portraits not only of the King but also of Queen Elizabeth on the lower values and on the three high values. The 2d value in scarlet was initially issued with perforation 13½ by 14, but this was subsequently changed to 15 by 14. The shaded background to the King’s portrait was at the same time improved to be more even in appearance while the country name became more pronounced. In this revised look, the stamp was not only printed in sheets but also, in October 1941, in rolls; coil pairs are not at all common. 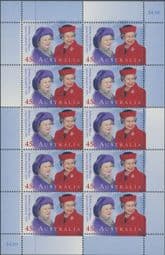 For the birthday in 1999, the 45c stamp issued on 15 April showed the Queen alongside the Queen Mother, who had not appeared on an Australian stamp since the definitive series of King George VI. Interestingly, only two stamps of Australia have ever depicted any of the Queen’s children, namely Prince Charles on the 24c and 60c values to mark his wedding to Lady Diana Spencer in 1981. No Australian stamp has shown Princess Anne, Prince Andrew or Prince Edward.