A system previously restricted to Royal communications became a public postal service on 31 July 1635, when King Charles offered the facility to all. All who could afford it, for the cost for most was prohibitive. Charges were calculated on the distance travelled, not necessarily the shortest route, and a combination of the number of sheets of paper involved and weight. Reform was needed, seeing its origins in a pamphlet initially published in January 1837 by Rowland Hill and called ‘Post Office Reform: Its Importance and Practicability.’

Hill thought the public would prefer pre-paid stationery, for which William Mulready created a design for letter sheets and envelopes: it was immediately widely ridiculed. Instead, the public warmed to Hill’s idea of a bit of paper just large enough to bear the stamp and covered at the back with a glutinous wash’ – what we now take for granted as the postage stamp. 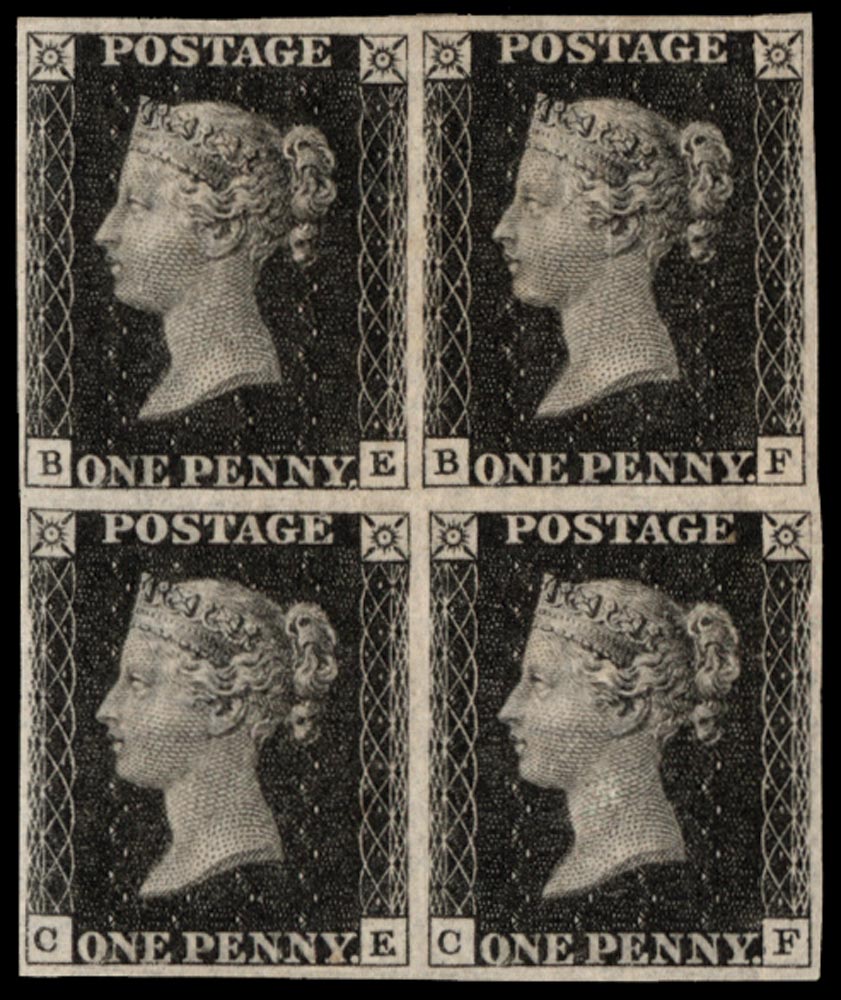 Production of what were the world’s first adhesive postage stamps – the Penny Black and Twopence Blue – was entrusted to Perkins, Bacon & Petch, printers of Fleet Street in London. The centrepiece of the design was the portrait of Queen Victoria from a drawing by Henry Corbould that was based mainly on a medal by William Wyon to mark the Queen's first visit to the City of London in November 1837.  (This portrait would be used for all British stamps throughout the reign of Queen Victoria.) The portrait was set against an engine-turned background, with ‘stars’ in the top corners, letters in the lower corners, the word ‘POSTAGE’ above the portrait, and either ‘ONE PENNY’ beneath. 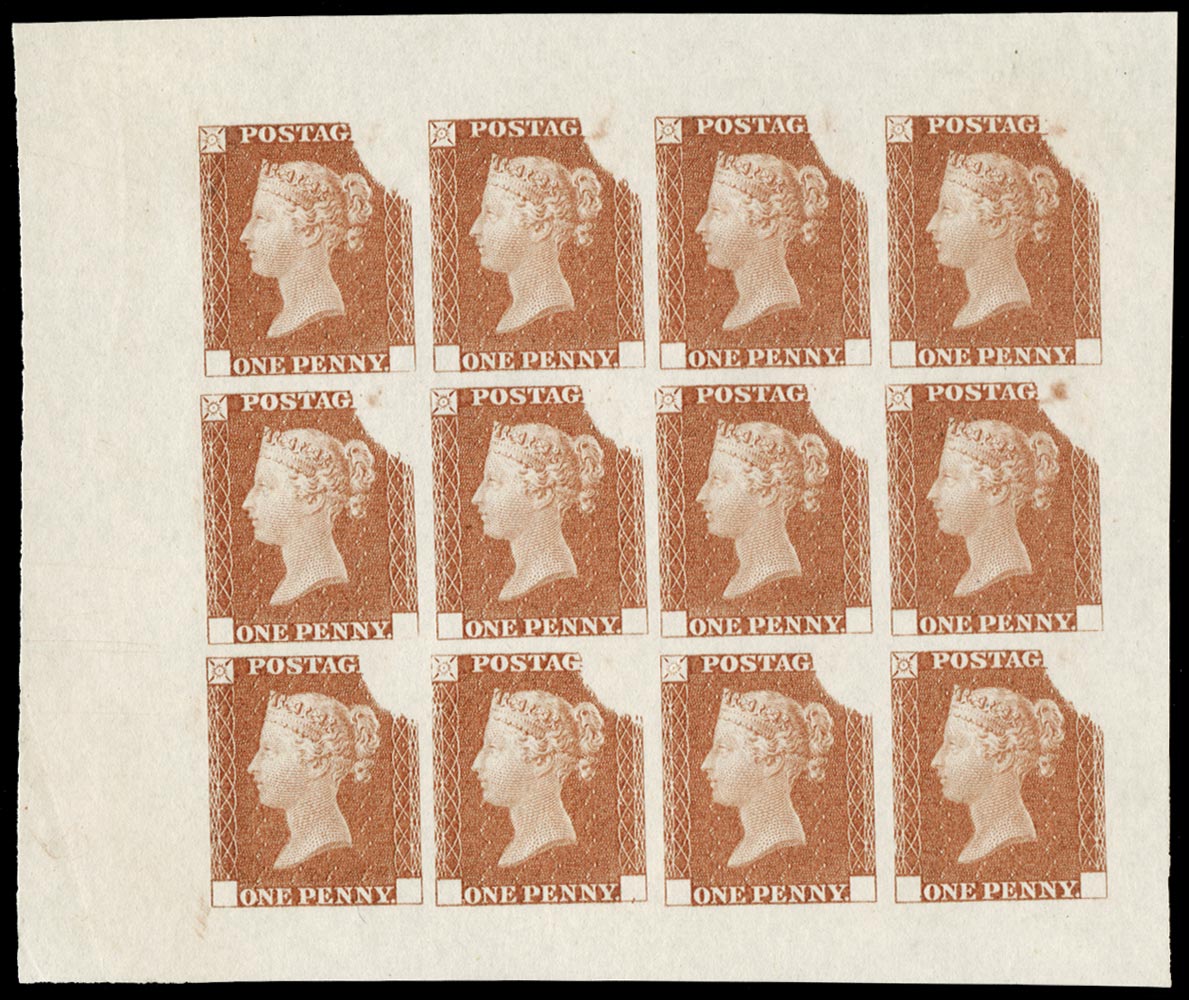 One fact that quickly emerged was that black was not the best colour for a stamp, especially when the cancellation was also in black. The colour was therefore changed to red-brown, the Penny Red being issued on 10 February 1841. Some printing plates that had been used to print the Penny Black were also used to print the red-brown version: additional leaves were also used.

A change also occurred to the Twopence Blue from 13 March 1841. White lines were added to the design, just below the word ‘POSTAGE’ and immediately above ‘TWO PENCE’. 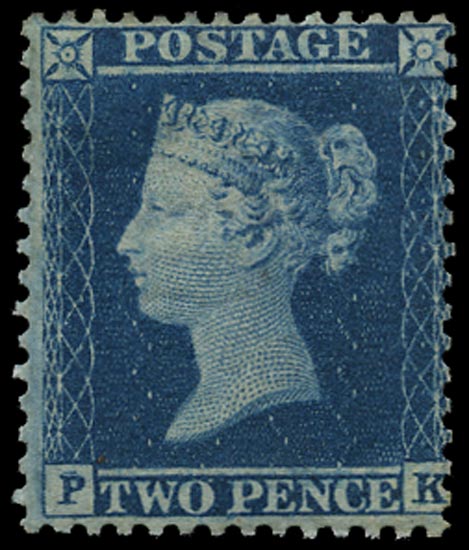 The following change came in 1858 when the Twopence Blue, followed by the Penny Red in 1864, started to appear with letters in all four corners. The letters in the top corners (replacing the stars) were the same as in the lower corners but in the reverse order. This was another attempt to prevent the fraudulent re-use of stamps by trying to ‘marry’ two uncancelled halves of the stamps. At the same time, the number of the plate from which the stamp was printed appeared within the stamp's design – this practice was also used for the ½d and 1½d recess-printed stamps.

A One Penny stamp has been included within the range of definitives for every reign up to the introduction of decimal currency in 1971 when the 1d was replaced. There has only been one 1d commemorative stamp for the British Empire Exhibition, although it was issued with either the date ‘1924’ or ‘1925’. Then in 1951, the colour changed again to light ultramarine in response to the Universal Postal Union wishing to standardise the colours used for stamps.