In February 1870 the numerous private telegraph companies were nationalised under Post Office control. The rapid pace of communication achieved by the telegraph was an immediate benefit to organisations such as the stock exchange, and the London stock exchange was probably one of the busiest telegraph offices in the country.

So what was the crime and how was it ‘almost perfect’?

The Stock Exchange forgery was perpetrated by a clerk or clerks at the telegraph office of the London Stock exchange. Sending a telegraph involved filling out a form containing your message, taking it to the counter clerk with your payment who applied postage stamps to the correct value at the top right of the form and cancelled them in the normal manner.

The stamps were held and applied by the counter clerks; the fraud involved substituting real stamps with forgeries and pocketing the money, at the same time not depleting his stock of real stamps, which had to be accounted for. As long as the clerk wasn’t greedy a small number of telegraphs could easily pass through the system unnoticed, and once the message had been sent the forms were bound up and stored until eventually being sent for pulping. The amount of time the stamps were available for examination and scrutiny was therefore relatively short. 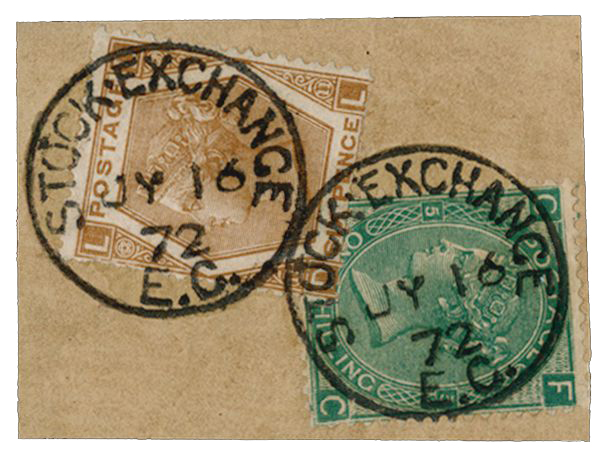 Plate 5 forgery used in combination with a genuine 6d Chestnut (SG 122a) for a telegram up to 30 words.

With the basic charge for a telegram at 1s for up to twenty words (plus 3d for each additional five words), the 1s green (SG 117) was by far the commonest stamp used, and it was this stamp that was chosen by the forgers to copy.

Forgeries of plates 5 and 6 have been found; they are both cruder in execution than the De La Rue originals, although the plate 6 forgeries are considerably better than those of plate 5. Printed on unwatermarked paper it is believed they were printed and perforated singularly. The plate is also thought to have had interchangeable corner letters as several letter combinations are known, including ‘impossible letterings’ i.e. combinations not found on the genuine stamps. 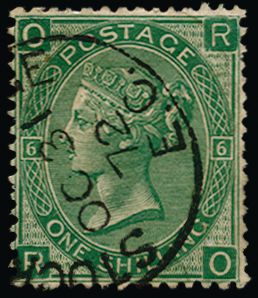 How was the fraud discovered and who were the perpetrators?

The fraud remained undiscovered at the time and it probably would have remained so, but in 1898 a relatively small supply of telegraph forms, which had escaped destruction came on to the philatelic market and an astute young stamp dealer, Charles Nissen discovered the crudely printed unwatermarked stamps.

As for the perpetrators, that still remains a mystery, it seems likely that a head clerk George E Smith colluded with a couple of his counter clerks T H Wright and Benjamin Hind. By the time the Post Office held an investigation Wright and Hind had died, Smith was still alive and was interviewed in 1910 by A J Waldegrave, Accountant General to the Post Office. Details of that interview have never been made public.

With only a small number of telegraph forms ever escaping destruction we will probably never know the full extent of the fraud. It certainly ran into hundreds if not thousands, or even tens of thousands of pounds. From the postmarks only a few dates in 1872 and 1873 have been recorded, it was certainly more extensive than this and may well have carried on until 1876 when dedicated telegraph stamps superseded the use of postage stamps. 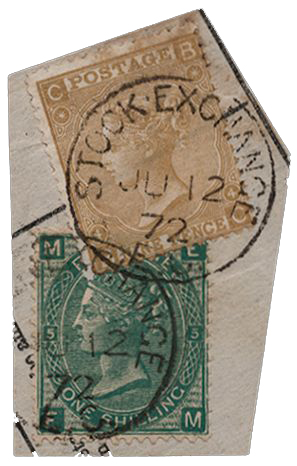 Plate 5 forgery with ‘impossible lettering’ MF-FM used in combination with a genuine 9d Straw (SG 110) for a telegram up to 35 words.