The value of a flaw

Stamp errors have fascinated collectors for almost as long as stamps themselves. But what is a stamp error and why are they so interesting?

At the fundamental level, an error is something that differs from the intended normal stamp because of an unintentional mistake or failure made during the process of producing a stamp. Errors can be said to come in two flavours, either a production error (i.e. an error of the manufacturing process) or a design error (i.e. a mistake made by an artist when creating the image to be used on the stamp). The former are generally considered to be major (and therefore more important) errors, while the latter are considered to be of minor status.

There are numerous types of production errors, many of which are very technical in nature, so here I will run through just a few of the more important ones.

Arguably the most spectacular of all stamp errors, a missing colour occurs during the printing process when one of the intended ink colours fails to print. This can be the result of a complete failure of the ink to be applied to the paper, or as a result of a foreign body getting between the paper and ink roller. These errors are often very striking in appearance, which makes them highly desirable and collectable. 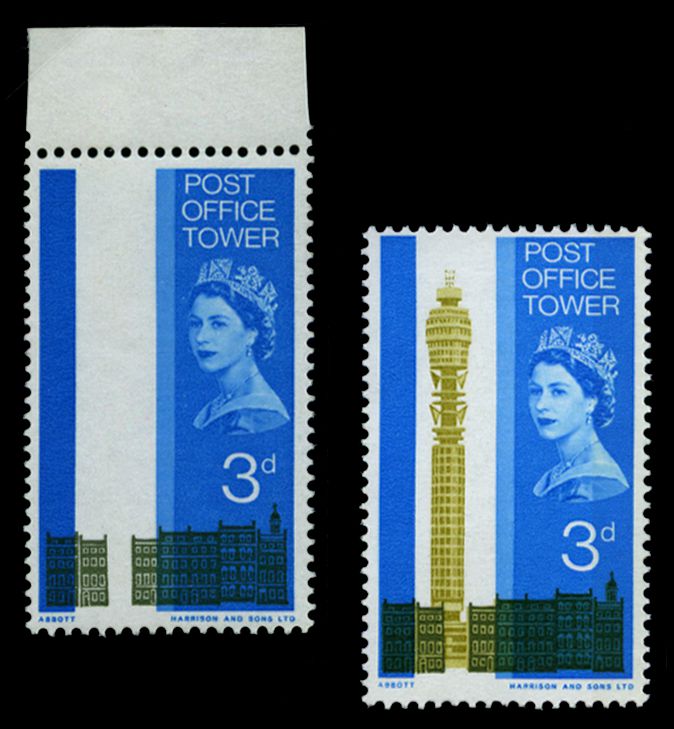 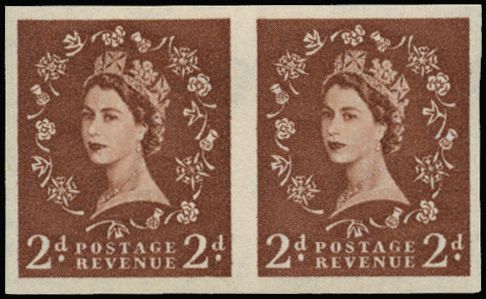 Watermarks are used to prevent counterfeiting and to give stamps a distinctive appearance. Watermark errors occur when the printer inserts a sheet of watermarked paper into the printing press incorrectly, resulting in the watermark appearing inverted or sideways in relation to the printed image. Reversed watermarks occur when the paper is inserted into the press upside down, which results in the printed image appearing on the wrong side of the paper. It is important to note that some stamps (such as those printed for use in stamp booklets) are deliberately printed with an inverted watermark and that these do not count as errors. 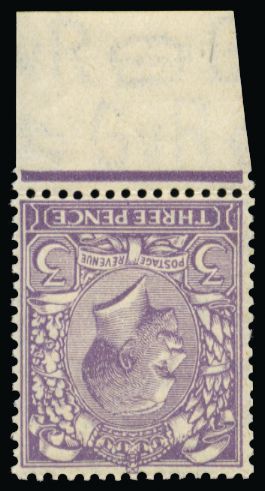 Closely following Missing Colour errors in terms of visual appeal, Invert Errors occur when one or more elements of a stamp’s design are printed upside down. Before the introduction of multi-colour printing presses, stamps that were to be printed in more than one colour had to be put through the printing press once for each colour to be printed. If a sheet of stamps was fed into the printing press incorrectly, the part of the design that was currently being printed would be printed upside down, resulting in the error.

The most stunning examples of this error occur on stamps printed in two colours, with the famous ‘Inverted Jenny’ perhaps the best-known. 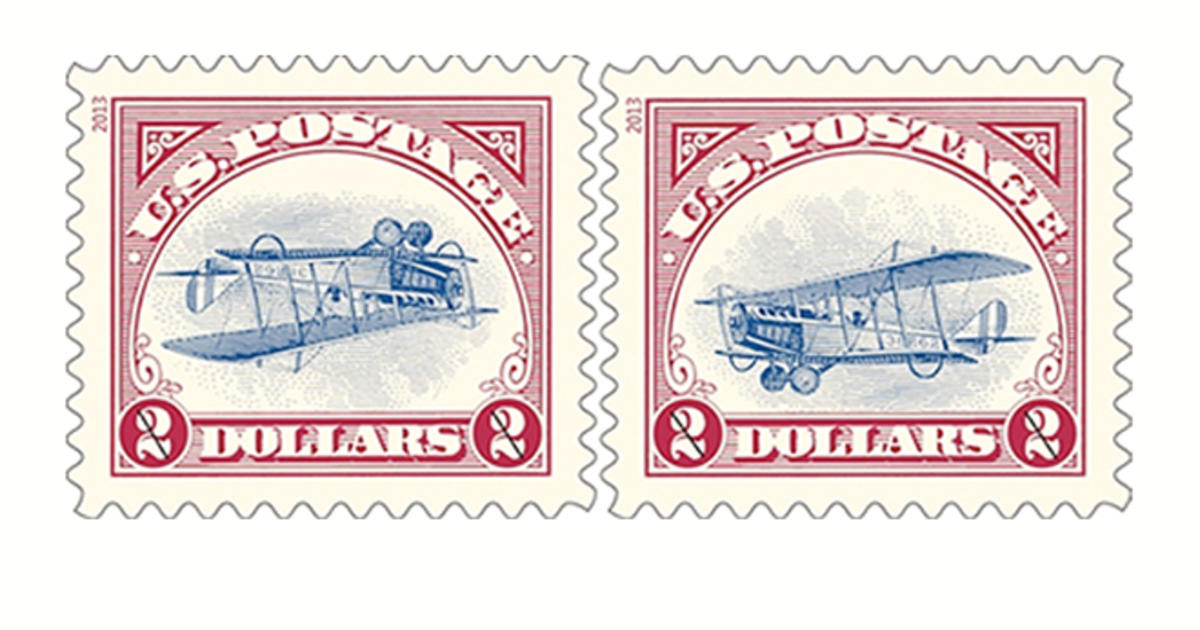 The stamp celebrated the launch of the U.S. airmail service with a depiction of Curtiss JN-4, the plane set to deliver mail the following day.
A single example sold for $1.3 million in 2016.

Design errors occur prior to the stamps being printed, tend to be factual in nature and are not always the fault of the artist! The most commonly found design errors are errors in the text on a stamp, particularly spelling mistakes (especially in Latin or scientific names) and errors of date.

Major design flaws are less commonly found, but still occasionally creep through the rigorous checking process that most stamp designs go through. Notable errors include Christopher Columbus using a telescope in 1492 (telescopes did not exist until 1608), President FDR Roosevelt with six fingers on his left hand, an unmanned canoe, and a gymnast defying the rules of gravity.