Scotland has an interesting and varied history of unusual cancellations and postal markings, below are some examples from this fascinating period.

The need to cancel mail bearing adhesive stamps of course dated from 1840, and many Scottish villages had namestamps from a previous era which they would subsequently use to cancel stamps. Although many different types were used all had one feature in common, all the namestamps were undated largely to avoid the expense of a moveable datestamp for what may have only been a small volume of mail.

To begin with, the local offices were instructed to strike mail away from the adhesive. This was changed in 1854 when sub-offices and villages were permitted to cancel the adhesives, with the Head Office still stamping the mail either on the reverse of the letter or even over the original cancellation on the adhesive.

In 1860, instructions were once again changed and local offices were told to cease cancelling adhesives bringing an end to the short "Scots Local" period. Some of these cancellations are extremely scarce with only a couple of each type recorded, some other types are rather common as the offices they were used at were large transport hubs on the periphery of cities such as Glasgow and Edinburgh. 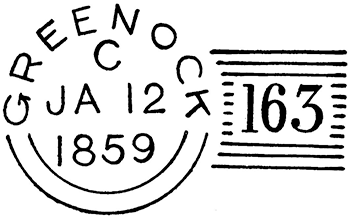 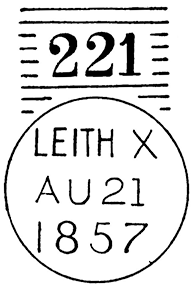 Dotted Circle duplex cancellations are distinctive enough that their appearance suggests there must have been an intended purpose for their inception but it is not known as to what that purpose was. Using Edinburgh as an example, this office issued over twenty five recognisably different types of dotted circle with the main difference between most sub-groups being the number of sections in the circle (this can range from 25 cuts in the circle up to a maximum of 42 cuts) the number of bars in the numeral section of the duplex can vary from four to six. Once again some of these types were extremely scarce with their period of recorded use being a matter of days/weeks, making some of these cancellations very scarce indeed. 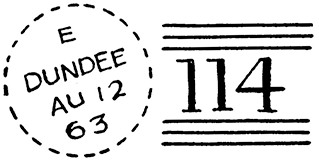 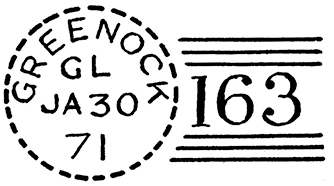 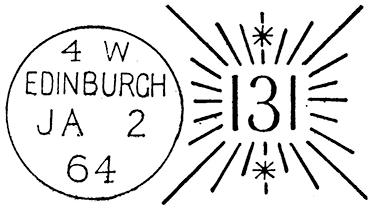 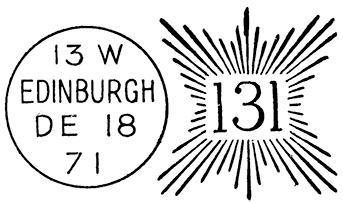 Several of these distinctive examples will soon be available on our website.

This article is written by GB Specialist Scott Bradley.