The unique 1852-53 Great Britain ‘Treasury' Roulette block of four on cover with the earliest recorded date.

In over 40 years in the stamp world and dealing I have, as you might expect, had a number of most unusual finds or rediscoveries. One of my first was back in 1988 when a lady came into our shop in the Strand with a bundle of Victorian envelopes she’d found amongst some family papers in an old tin box.

Initially, I took a cursory glance through the contents of the assorted envelopes and neither of us expected to find anything of significant value. However, a larger cover caught my eye and looked more interesting than the rest so I took it to the office to show one of our Great Britain specialists; he was immediately excited by the discovery.

Although I knew the Great Britain 1d red-browns were scarce in multiples on cover, our specialist explained that the block of four (lettered GJ-HK) on its original cover was more than likely to be the famous ‘Treasury' Roulette, a multiple of this size our expert had not seen the like before. This describes a way that the imperforate stamps were separated from one another by the use of a serpentine roller to make small cuts, giving a wavy edge to the stamps. This was a precursor to perforations. (The technique was thought to have been used by the Treasury but more recent research by stamp expert Ray Simpson, has led experts to believe that a serpentine roller was used unofficially simply to make it possible to separate the stamps from the sheet without the need for scissors.)

To add to its rarity it was dated 20 December 1852, which is the earliest known example of the ‘Treasury' Roulette recorded on cover. In 1988 the largest known multiple on cover was a pair. (When something like this comes onto the market is unusual, and therefore has a considerably enhanced value, it’s wise to be wary of forgeries.) Our GB specialist believed this was a genuine ‘Treasury' Roulette but it would need to be authenticated before it could be sold.

I returned to the counter to give the lady the news that this cover, if genuine, could possibly be worth some thousands of pounds. The next step would be to submit the item to the British Philatelic Association Expertising Committee (BPA), which the lady was happy for us to do on her behalf.

Fortunately for our new client, the cover came back with a good certificate from the BPA so she was keen for us to put it into auction.

The Stanley Gibbons auction catalogue of 16-17 February 1989 (Sale 5664, Lot 1388) featured the lot on its front cover with an estimate of £7,000. On the day, it actually realised over £8,500 and our lady with the envelopes from the old tin box was absolutely delighted. 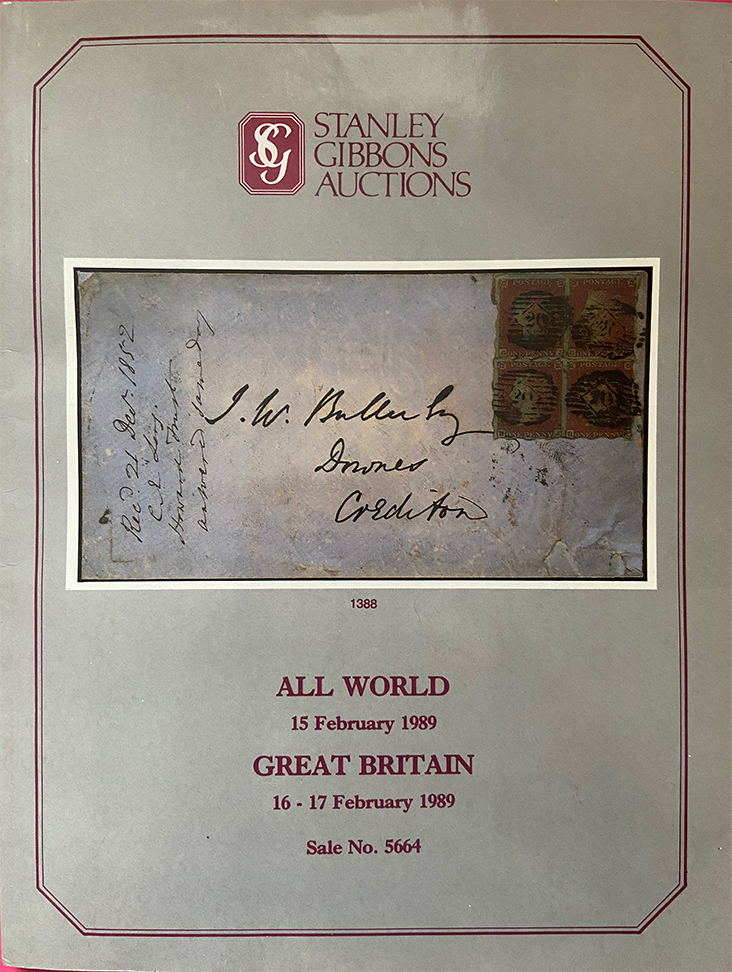 Today that block of four on original cover is a majority Great Britain rarity and would be worth in excess of six figures.

This article is written by Auction Describer/Valuer Paul Mathews.