Madeleine Hamilton Smith was the eldest child of a 19th Century upper middle-class Glasgow family, who was accused of the murder of her lover in 1857.

In 1855 she began an illicit affair with a working professional Pierre Emile L’Angelier, originally from the Channel Islands but now living and working close by in Glasgow. Introduced by a neighbour the pair would meet late at night in Smith’s bedroom and communicate in secret by letter. His letters were delivered by hand through her bedroom window whilst Madeleine used the local postal service. 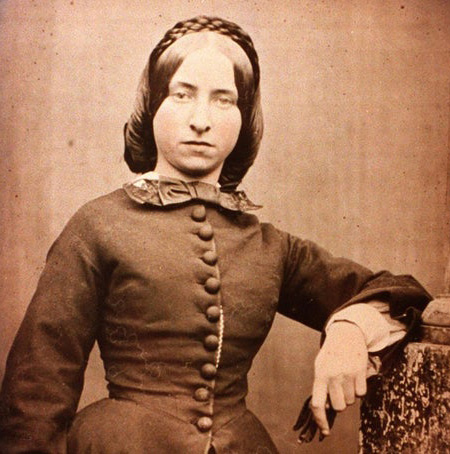 As time progressed so did the relationship, the letters became increasingly intimate and when eventually made public their steamy admissions by a young lady out of wedlock shocked Victorian society. The content also clearly indicated that they intended to marry and Smith often referred to herself as L’Angelier’s ‘darling wife’.

All the time Smith’s family was totally unaware of the relationship and would certainly not have approved. Things come to a head in January 1857 when Madeleine’s family approved a marriage proposal from a close neighbour William Minnoch.

This changed everything and immediately Smith tried to end the illicit affair and asked for the return of her letters ‘I trust your honour as a gentleman that you will not reveal anything that may have passed between us’. L’Angelier would not comply, and in turn, threatened to send the letters to her father and expose the affair if she did not marry him. Within weeks he was dead.

The postmortem revealed L’Angelier had died from arsenic poisoning. Then during the ensuing police investigation, Madeleine’s letters were discovered as well as evidence that she had purchased quantities of arsenic from a local apothecary in the weeks prior to L’Angelier’s death.

Her trial for murder began in July 1857 at the High Court in Edinburgh the indictment charging Madeleine with ‘issuing arsenic to her lover on several occasions between 22 February and 22 March. The latter causing his death just one day later’. After eight days the jury returned a verdict ‘not proven’ i.e. they were unconvinced of her innocence but the prosecution had produced insufficient evidence to prove her guilt.

Much of the prosecution's case centred around the now infamous letters, they were undated and the chronology was reliant on the associated postmarks. Although most of the postmarks were clearly legible, on one particularly important letter the date was unreadable and attracted some particularly harsh comments from the judge.

The postmark was a new experimental type duplex being trialled in Glasgow at the time and was produced by Kirkwood and Sons for the Scottish Post Office. It invariably produces very clear impressions the majority of the time, as can be seen from the example below and the criticism levelled at it, was somewhat unfair. 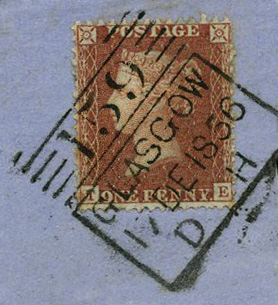 At the end of the day, the postmark dates were actually irrelevant, it later came to light that when the police discovered the letters they were separate from their envelopes, and the chronology destroyed as they were hurriedly put in the first envelope that came to hand.

As for the postmark, it will forever be known to philatelists as a ‘Madeleine Smith’.