As far back as I can remember, the division between chalky and ordinary papers has been (in the main) simple. The traditional view has been that chalky paper reacts to silver (giving a pencil-like line when marked with a silver object) and that ordinary paper does not.

The Seychelles and British Virgin Islands 1938 sets have always special cases and will be considered at a later date. The first indications I had that all was not well with the 'silver test' method came at the end of the 1980s, when I first came across the observation that there were sheets of Bermuda keytypes in existence which reacted to the silver test on one side of the sheet, but not on the other; and a Japanese customer observed that he never employed the silver test, but used pitted surfaces to distinguish chalky paper from ordinary paper. 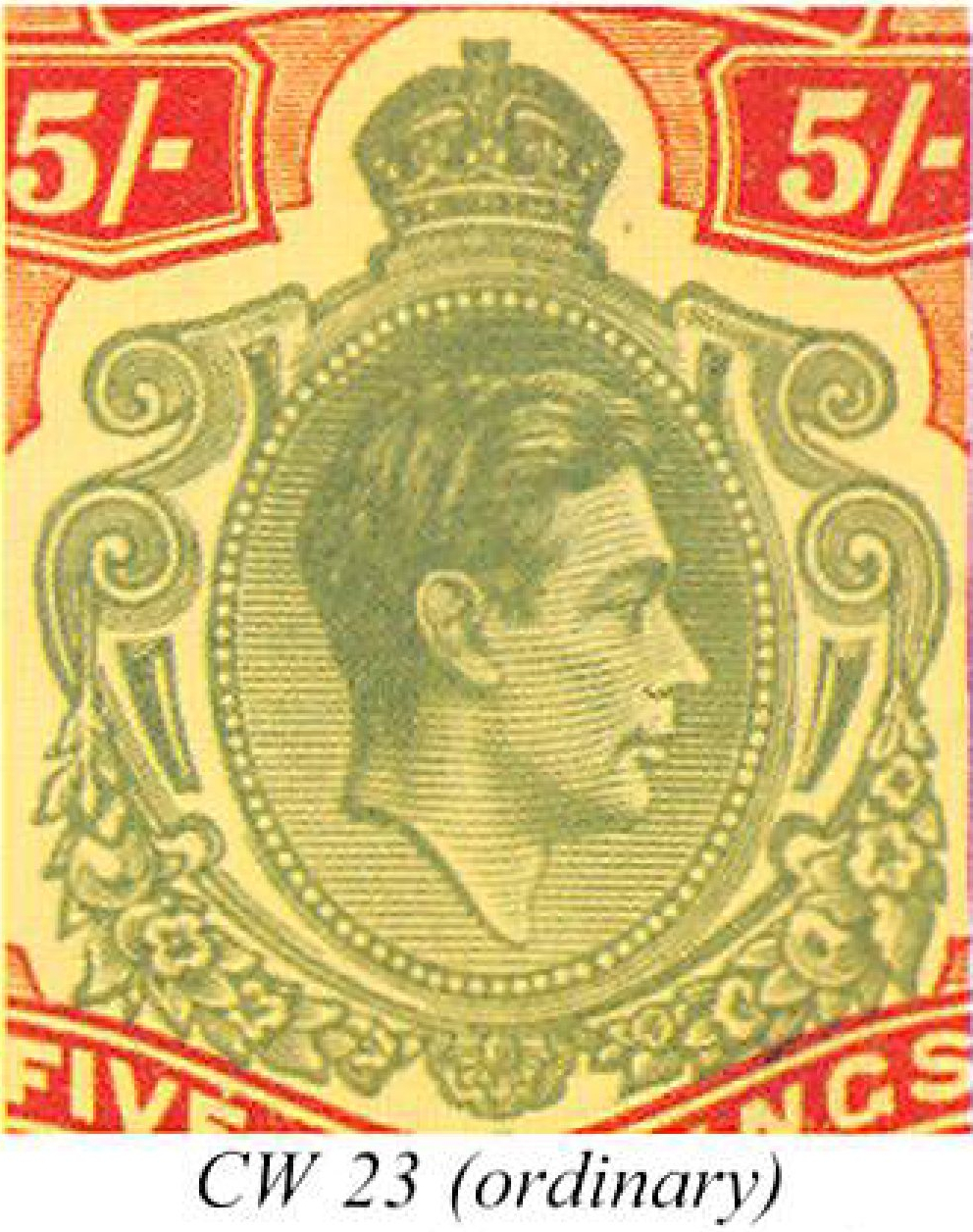 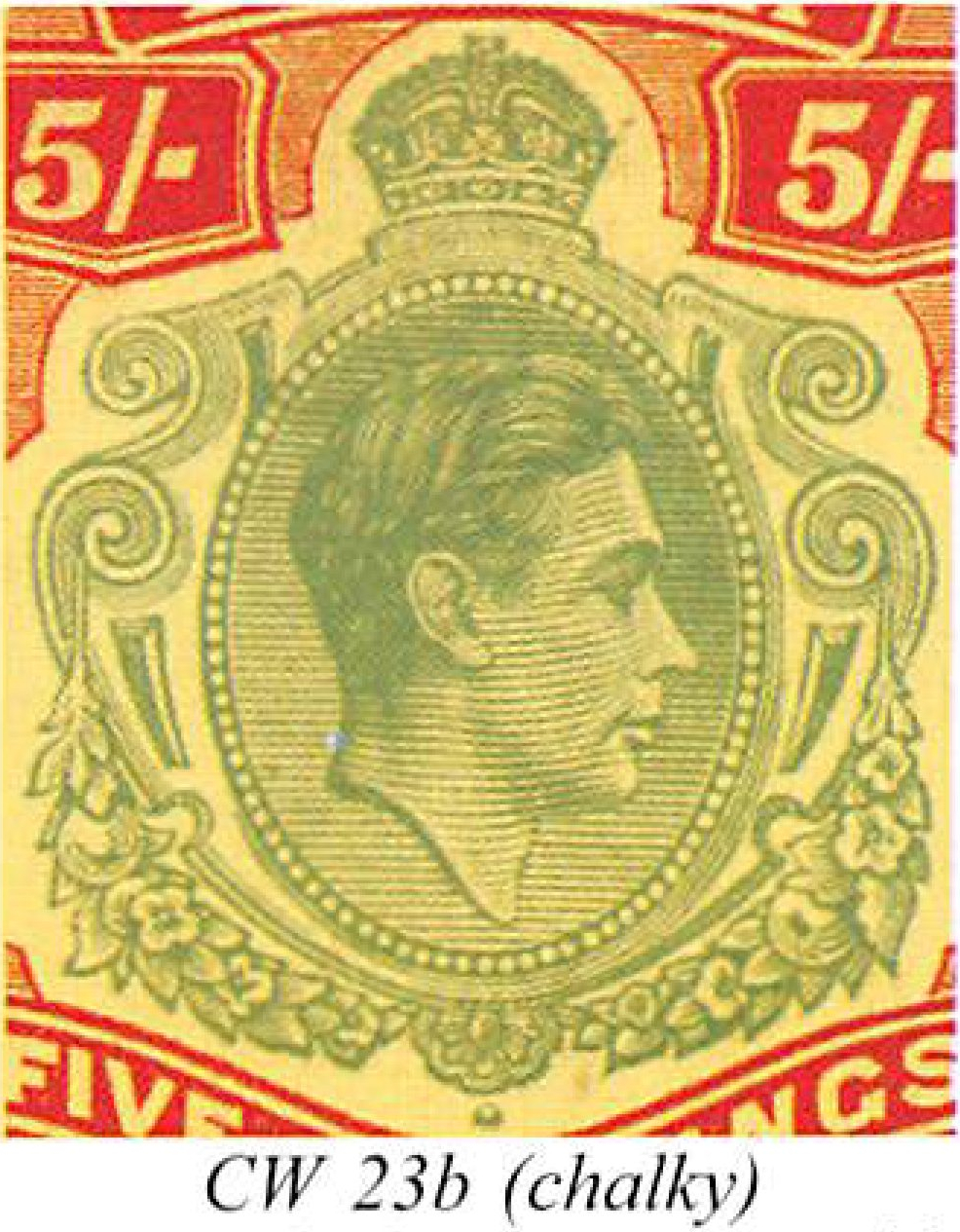 Myles Glazer published articles which state that the silver test reaction is nothing whatsoever to do with chalk in the surfacing of the paper. John Hereford published a response to this in Geosix, holding that the mark left by the silver test is actually caused by tarnish and that the chalk which is reacting with the tarnish is in the form of chalk powder residue on the surface of the stamp, rather than chalk present in the coating. These excellent contributions to the debate approach the problem from a scientific viewpoint; we need to consider where this leaves the collector, dealer and catalogue-editor!

To reiterate, the traditional view is that reaction to the silver test equates with chalk-surfaced paper; a lack of reaction with ordinary (or 'substitute') paper. There have been calls for the term 'chalky' to be removed from the Gibbons and Commonwealth catalogues, on the grounds that the test is unreliable and destructive. What I proposed some years ago is that we continue to use the terms, partly to save the countless hours which could be sacrificed by collectors in re-writing descriptions, but also because the terms are (by now) pretty much part of the philatelic furniture. I suggest that the catalogues incorporate in their introductions new definitions of paper-surfacing and suggest methods of distinguishing between them. A phrase such as 'the paper-surfacing traditionally known as chalky....' will, I hope, go some way towards mollifying the radicals!

So, the silver test is unreliable and should be discouraged. Let us then consider alternative methods of distinguishing paper. Our late Japanese friend pointed out that pitting is a characteristic of chalky paper. This is true; take a look at an early printing (prior to 1943) of the KG VI Bermuda 12/6d, with a good magnifying glass. There are masses of small holes in the surface, which are caused by the escape of air trapped under the surfacing. This does not occur with ordinary paper. This is very useful in identification, but be aware that with some issues the holes are almost invisible (as with some of the Malayan Stales). 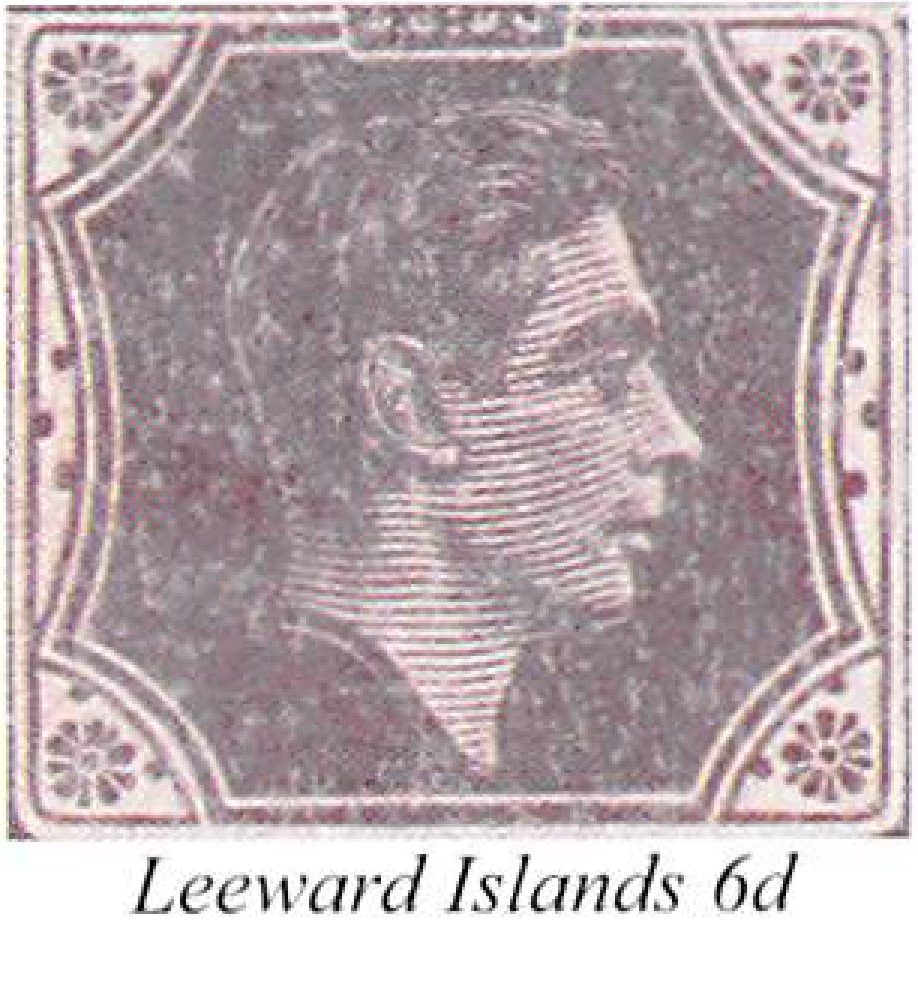 Definition is the most useful tool. Chalk-surfaced paper produces a crisp finish (although the primary purpose of its use was to prevent fraudulent cleaning of stamps, the clarity of the result was a welcome by-product) due to the smoothness of the surface. With ordinary paper, there are loose fibres on the surface and the ink is able to 'bleed' into it, producing some blurring and indistinctness.

Compare any KG VI colonial stamp you know must be on a chalk-surfaced paper with one you know must be on ordinary paper, using a magnifying glass, and you will see what I mean. Ink on certain ordinary papers has a tendency to smear, particularly the poorly-surfaced paper used for such stamps as the 1942 Bahamas 5/- and Leeward 6d. In the KG VI period, we are fortunate enough to have certain other clues to help us. Let's take the Bermuda keytypes up to the 12/6d as an example. The early issues (up to November 1941) are on pitted, chalk-surfaced paper with good definition and have streaky brown gum. Apart from the 1948 12/6d, any stamp with completely clear gum must be on ordinary paper. The 1948 12/6d reverts to pitted chalky paper with clear definition. As with so many other areas of philately, it pays to look at the issue as a whole, rather than agonise over individual stamps! The £1s, by the way, are all on chalky paper, since old paper stock was being used up.

Experience is a great help with matters such as this, and you will find that with practice you’ll find distinguishing papers much easier.