The first issue of Japanese stamps

Japan experienced a long period of isolationist foreign policy, which ended in 1853 when the Commodore of US Navy Matthew Perry forced a weakened and a still feudal Japan to be opened to Western trade.

With the Anglo-Japanese Treaty of Yedo, signed in 1858, the four Japanese ports of Hakodate, Hiogo, Nagasaki, Yokohama were opened to British trade and the use of Hong Kong stamps was supplied and allowed between 1866 and 1879. 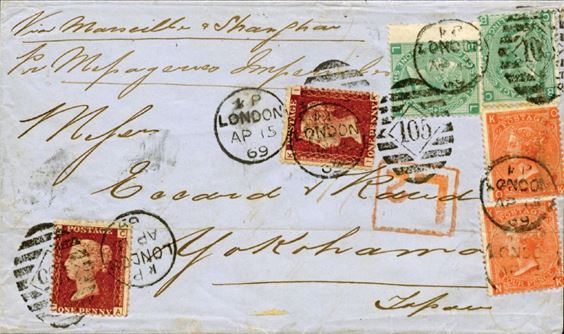 A scarce 1869 incoming mail to Yokohama

Similar Treaty Ports concession were also given to France and the USA in 1858. 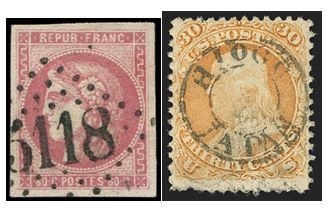 With the beginning of Meiji era, Japan started a progressive series of reforms and modernisation. Baron Maejima Hisoka's was sent to Great Britain with the motto of “learn from the best in class” to learn about the British Postal system. 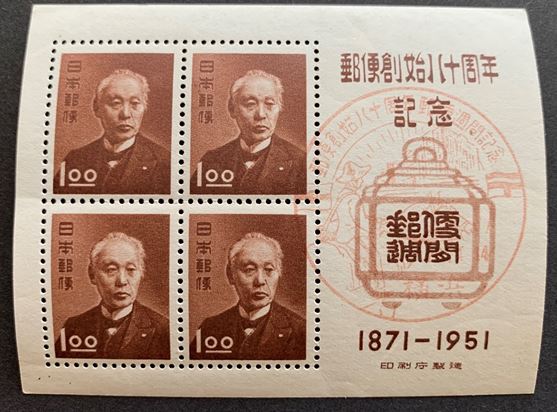 In 1871, Hisoka returned to Japan and established the first Japanese Postal system and on 20 April in the same year, the first stamp issue of Japan was released. Its design featured a set of four imperforate stamps, in different colours, with facing Dragons and Mon currency reading downwards in black: 48m in brown, 100m in blue, 200m in orange and 500m in blue-green. 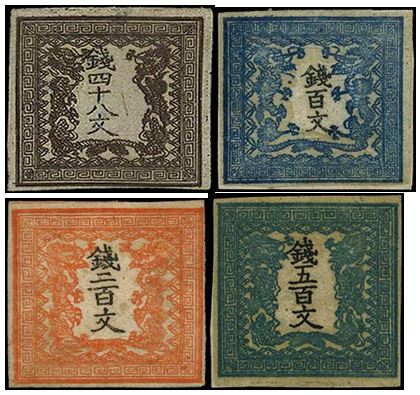 Sixty-five post offices using human-powered and horse-drawn transport were able to offer a daily service linking the route between Tokyo-Kyoto-Osaka.

The fascinating study of these stamps, hand-engraved in sheets of 40 (8x5), allows an opportunity to plate every “Dragon Stamp”.  Unfortunately, these stamps were extensively forged and it is common to find fakes even in high-quality collections or in catalogues offered by common specialist dealers and auction houses. Purchase them from reliable source that can guarantee the genuineness and accurate plating.

This article is written by Specialist Auction Describer Michele Martini.