Millions of people of all nationalities, young and old, have busily engaged in the King of Indoor Hobbies. Through our collector's journey series, various individuals will share with us how they began learning about stamps and the art of collecting them. 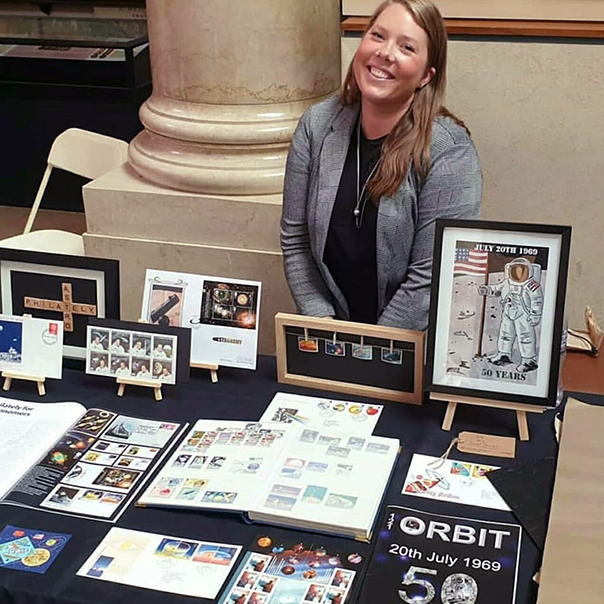 Raynor-Evans writes articles and interviews for the BBC Sky at Night and is the features editor for Popular Astronomy. She is also the program researcher for Astro Radio and has a Minor Planet 446500 named after her.

Can you remember the first stamp you collected?

Just a few months after completing a GCSE in astronomy, I was leafing through an album of First Day Covers that my father had, I was drawn to a cover issued in 1995 celebrating science fiction. The science fiction cover got me wondering what astronomy-themed stamps were out there.

The first stamp I collected wasn’t an individual stamp. It was a First Day Cover issued in 2002 celebrating 200 years of astronomy. The Benham FDC has an illustration of Sir William Herschel and the astronomy miniature sheet affixed to it. 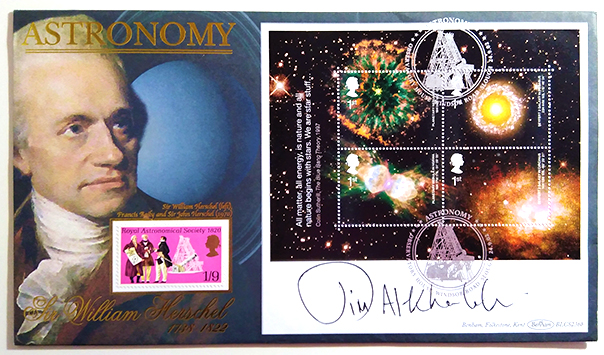 A bright pink stamp depicting William Herschel, John Herschel and Francis Bailey issued in 1970 to commemorate the 150th anniversary of the Royal Astronomical Society is also affixed to the cover. Jim Al-Khalili, theoretical physicist, author and broadcaster, signed my cover.

How much did you know about stamp collecting when you first started?

I knew nothing about stamp collecting! My father had been interested in it for many years, but I had taken very little notice about the hobby.

With help from my father, some research on the internet and a few books on collecting, I began to learn. My father had passed on some Stanley Gibbons stamp catalogues which provided some answers to my questions and raised a lot more too! 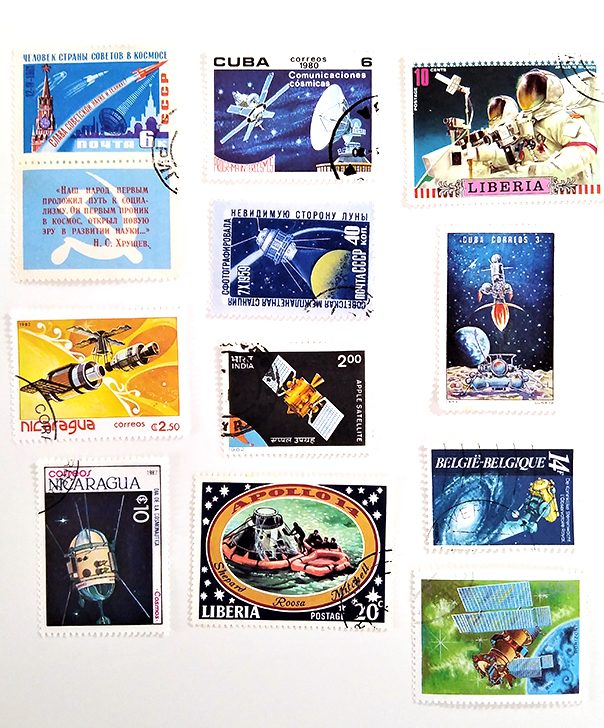 I also had to ask myself what it was that interested me about stamps. There are so many reasons for collecting and, of course, I couldn’t collect everything. I soon realised that my passion was in the thematic side of collecting.

How has being part of a stamp society helped you?

The generosity and opportunities given to me from the members of the societies and associations have been so encouraging and keeps me going from strength to strength.

The societies and associations have provided me with many opportunities to author articles for their publications.

I contribute regularly to Orbit, the bi-monthly magazine for the ASSS. I often write about what I have been up to and discuss any material that has been sent to me from fellow philatelists all over the world. Members have helped me if I have had any questions or if I need any photographs of a stamp or cover which I may not have. 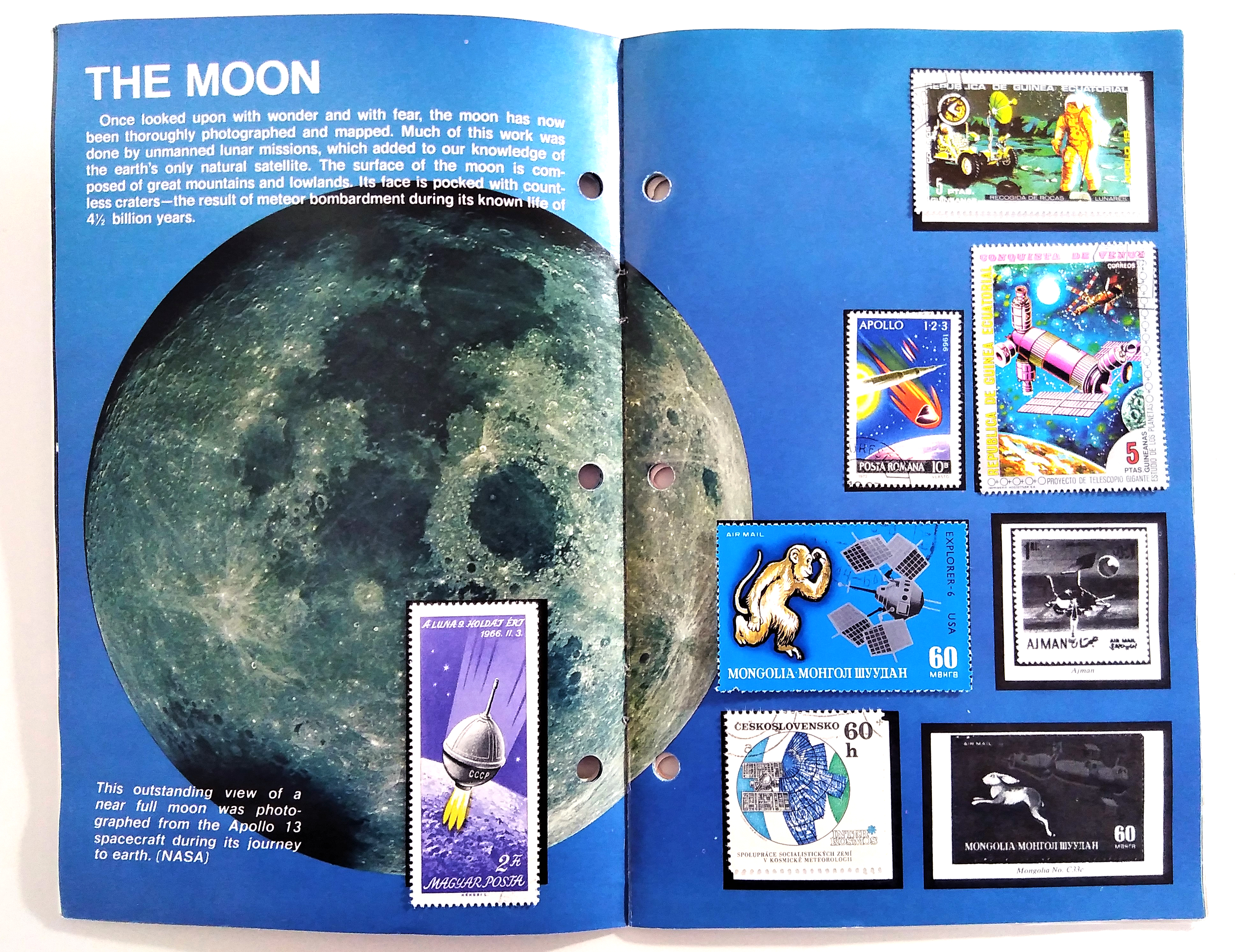 My first article for The American Philatelist, the journal for APS was published in January this year. I wrote about my interest in space and astronomy thematic collecting and how people can get started in the hobby.

Since then, I have been sent the most amazing packages from APS members including Apollo, space flight missions and planetary exploration covers for example. These have often been signed by the astronauts and people who worked on the missions. 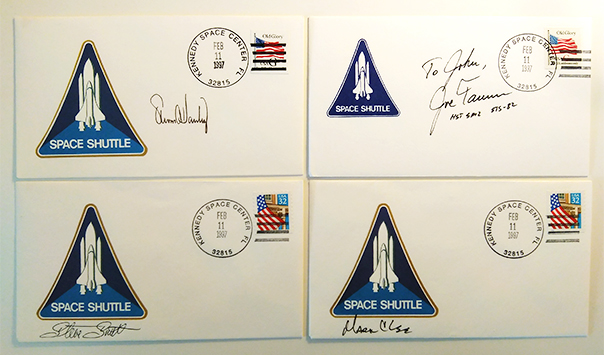 What does stamp collecting mean to you?

Stamp collecting provides a unique and interesting way to learn more about the subjects of astronomy and space. I have learnt so much from researching the postmarks, autographs and covers. Even the information provided within presentation packs can inform a collector well. There is just so much to collect too! From first day covers, PHQ cards and silks, I love the variety, the colours and the imagination.

Collecting stamps also provides me with an opportunity to teach others about astronomy and space. I have taken small samples of my collection along to local museums to display at astronomy events. My display of albums, covers and other space memorabilia always starts conversations. 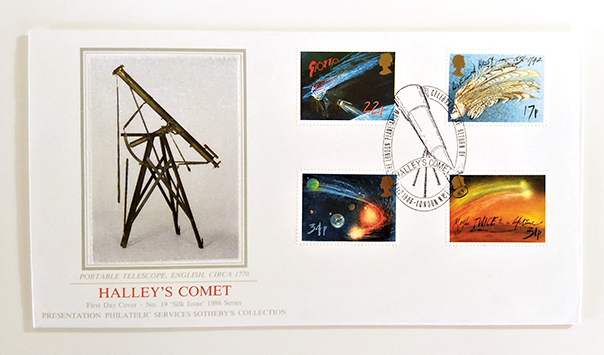 I like to call this "STEM Through Stamps," the miniature world of philately can teach us so much about astronomy and space. Describing the moon landing or telling the story about Halley’s Comet just by showing people a few small pieces of paper can amaze them. I have a few talks lined up next year to give to local societies about astrophilately. I love to promote the subject.

My collection just keeps growing! I have hundreds of individual space and astronomy stamps from all over the world, which need to be put into albums. I have albums full of First Day Covers. My collection also extends outside of stamps and includes coins, Apollo decals and even space shuttle mission charts. One day I would also like to own the complete set of the Sotheby’s Silk collection designed by the Presentation Philatelic Services, which may take some time – I only have ten so far!

Show us your collection

Fill in our survey to tell us about your collection for a chance to be featured in this Collector's Journey series.