The history of Canadian wildlife in stamps

The first Canadian stamps, in values of 3d, 6d and 12d, were issued for the Colony of Canada, appearing in 1851.  The first stamp value to be released, the 3d issued in April that year, was also the first stamp to feature part of the amazing wildlife of Canada, the Beaver. Many philatelists believe that this was the first pictorial stamp to be issued anywhere in the world. It is now one of several rare Canadian stamps. It was printed using the recess process in New York by Rowden, Wright, Hatch and Edson. 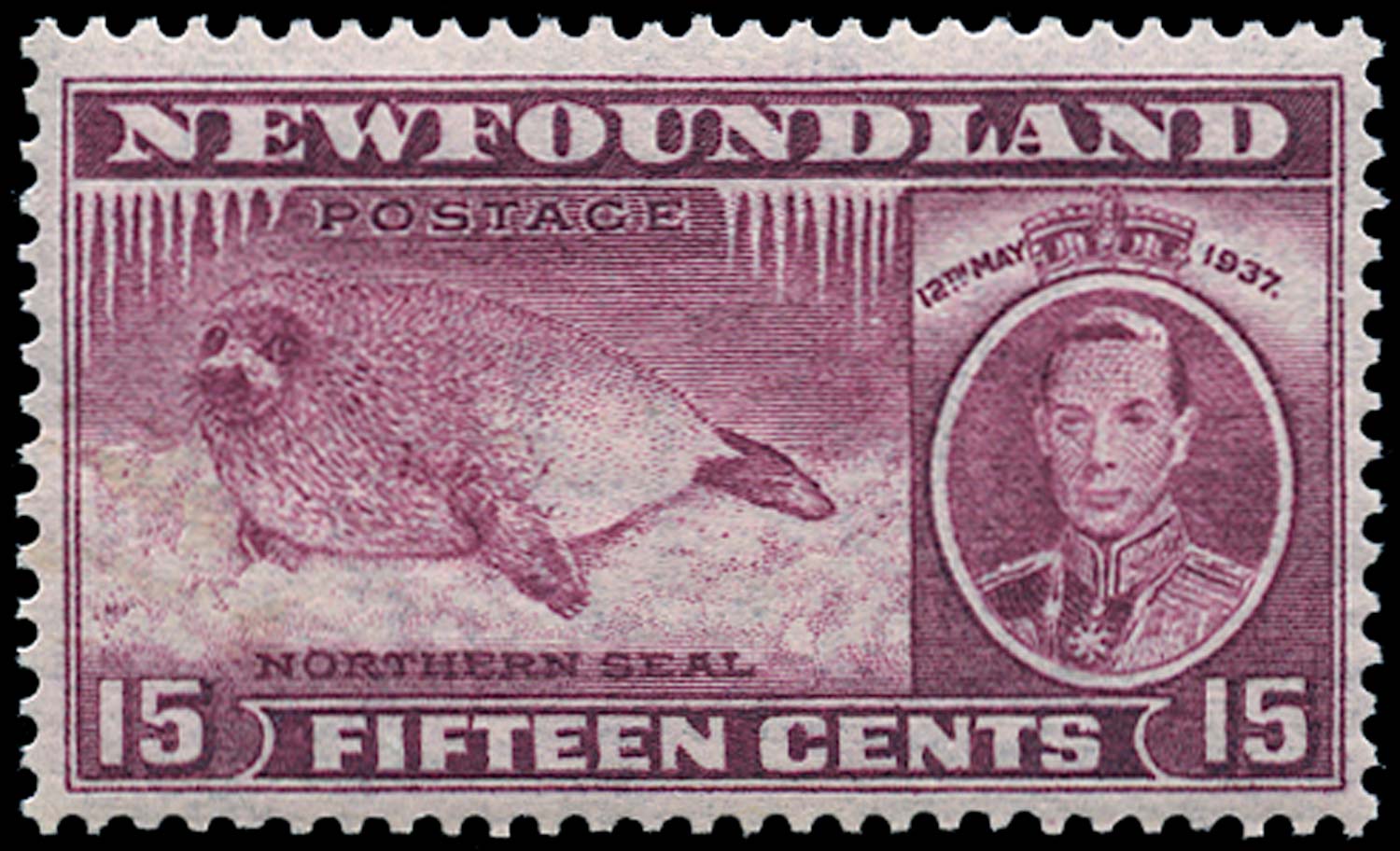 This stamp represents the Newfoundland 1937 Harp Seal. It is sometimes known as the Common Seal and its habitat includes Arctic coastlines. An adult can be just over 6ft in length. The female gives birth to just a single pup, which is able to swim and dive within hours.

Another seal, this time the Grey Seal, features on the 15 cents value of a set issued by Newfoundland on 24 June 1897 that marked the 400th anniversary of the discovery of Newfoundland, and the 60th year of Queen Victoria’s reign. The 12 cents value depicts the Willow Grouse.

The Harp Seal is also known as the Greenland Seal or Saddleback Seal, and is found in the northern parts of the Atlantic Ocean and the Arctic Ocean. This seal has no ears and pure black eyes. 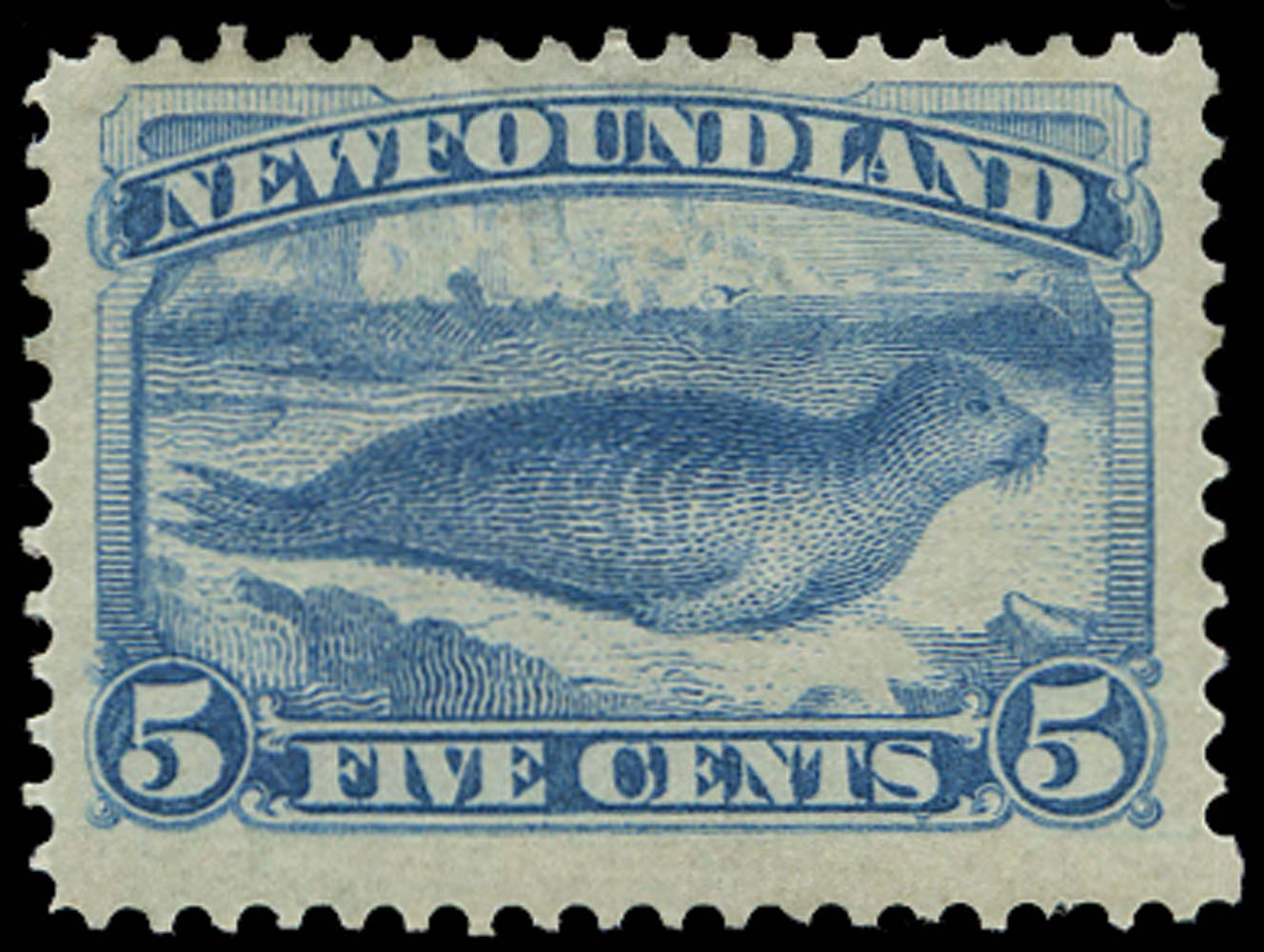 Newfoundland is noted for its many fine stamp designs, and was similarly early in its use of pictorial designs. Among these fine designs are several that feature wildlife. Following the introduction of decimal currency, the 5c stamp of 1865 depicted the Newfoundland Pale Dull Blue Common Seal, shown on an ice floe. This stamp was first issued on 15 November, and was also printed using recess by the American Bank Note Co of New York.

When initially issue the stamp was printed in brown. The colour was changed to black in 1868 and further changed to blue in 1876. In 1880 the design was amended, and issued in pale dull blue (the colour as described in the Stanley Gibbons stamp catalogue). The printing was still in recess by the American Bank Note Co, but now from premises in Montreal. Further printings of this stamp would appear over the years but reveal differences in the shade: deep blue in January 1888, and bright blue in December 1894.

The Newfoundland Dog is a large working dog used by the fishermen of Newfoundland. They are large dogs known for their intelligence, yet have a calm disposition. In Newfoundland only black or white-and-black were regarded as true Newfoundland Dogs. The watermarked arms of Newfoundland are also present on the stamp, representing the region in which the stamp was produced at. These stamps were a part of the coronation set which featured King George VI. 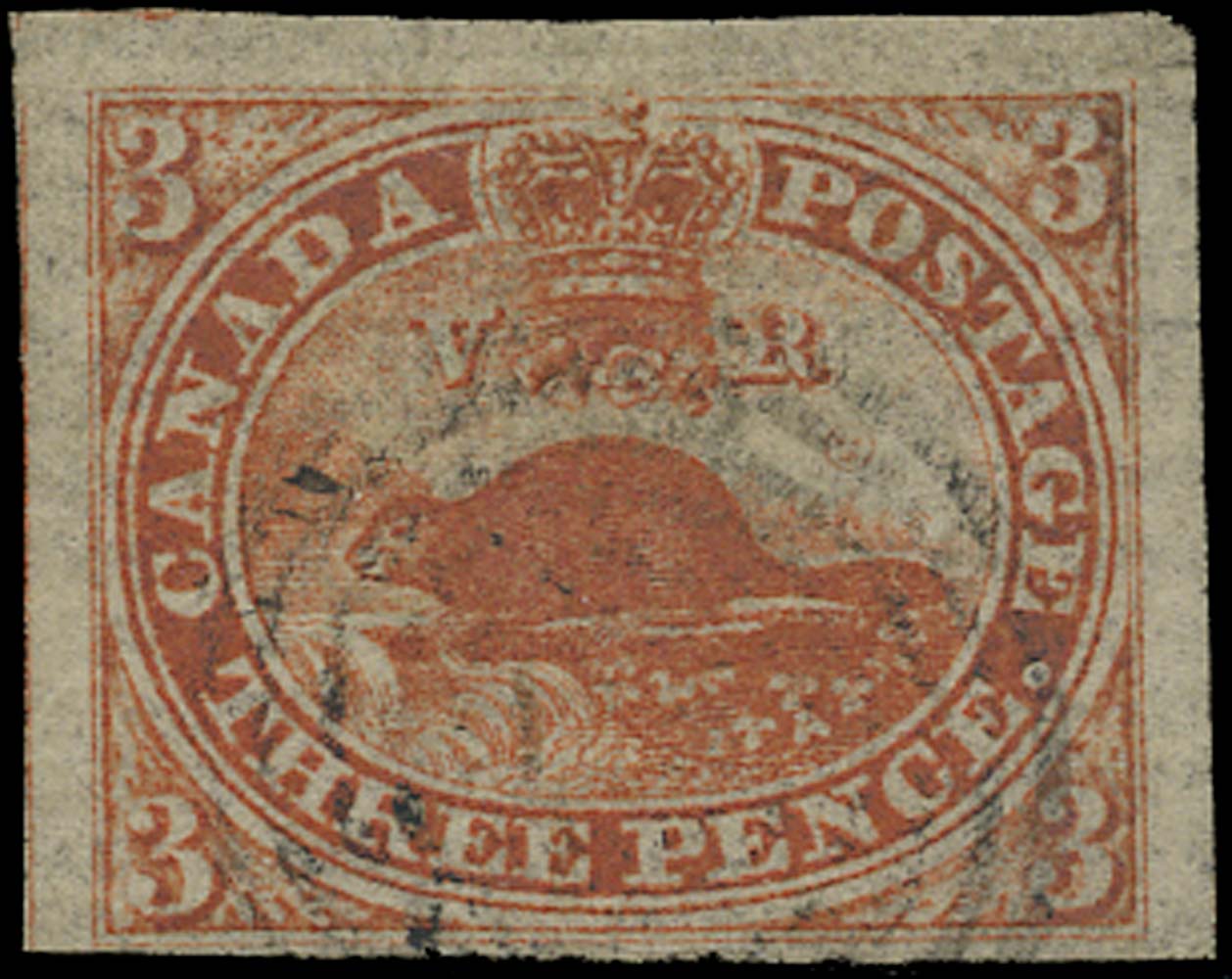 The Canadian 1851 orange beaver depicted in the stamp repsresnts The North American Beaver is native to North America and is often referred to as the Canadian beaver and features as an official symbol of the wildlife of Canada. It is the largest rodent in North America and the second-largest in the world. They are mainly active at night and tend mainly to remain in the water, being able to be submerged for up to 15 minutes. Their lifestyle is helped by their large webbed hind feet and their large, flat, paddle-shaped tails. The stamp itself is printed on laid paper, depicting good margins & a barely visible stamp mark. 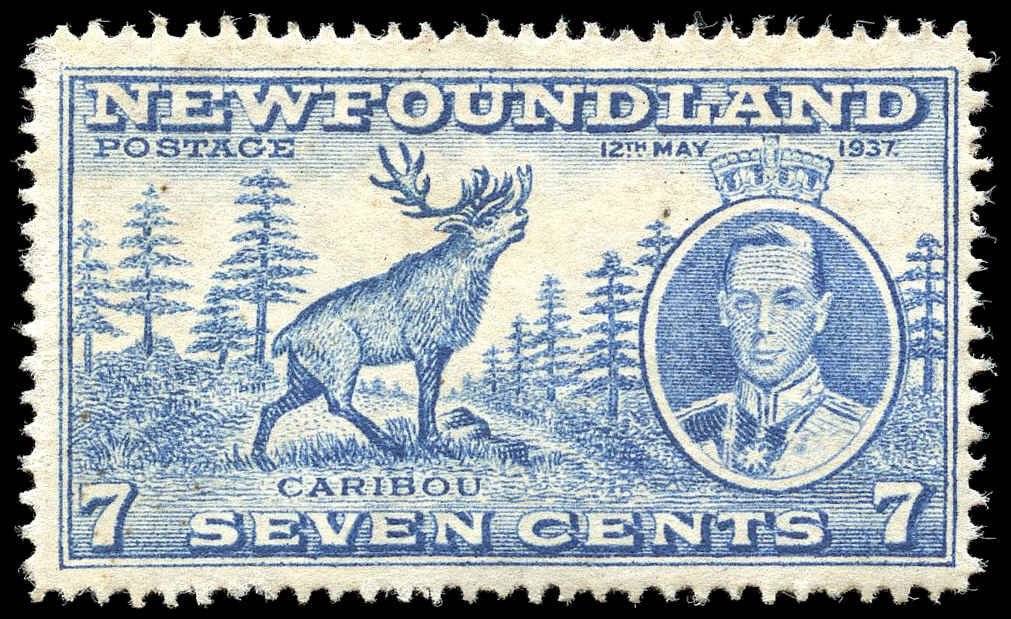