Ceylon is an island country in South Asia, located about 31km off the southern coast of India. After over 2,000 years of rule by the local kingdoms, parts of Sri Lanka were colonized by Portugal and the Netherlands in the 16th century.

A nationalist political movement arose in the early 20th century. Political independence was granted to Ceylon after peaceful negotiations in 1948. In 1972 it changed its name to Sri Lanka.

When collecting stamps of British Ceylon, one of the ways to start is chronologically, with earliest stamps of 1857-1880. The first stamps for Ceylon were issued on 1 April 1857. They featured a portrait of Queen Victoria and were purple-brown colour. Their value of 6 pence was used to send a half-ounce letter from Ceylon to England.

Eight more stamp denominations were issued in the year 1857, all featuring the portrait of Queen Victoria. Out of these earliest stamps issued from 1857-1859, the most valuable and rare Sri Lankan stamp is the 4d with a dark pink colour, also called the Dull Rose. Mint examples of the Dull Rose can cost up to £75,000, while the used ones are valued at £4,500. 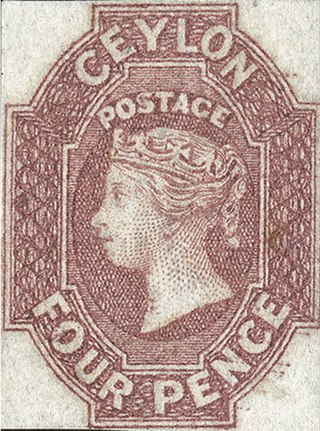 Until 1866, only four basic stamp designs existed for values between ½d and 10d. However, these stamps saw a proliferation of collectable qualities. They have an amazing range of collectable colour shades (the 6d purple-brown has four varieties!) multiplied by nineteen different denominations, with a lot of variations in watermark positions, which makes this period very interesting for collectors. 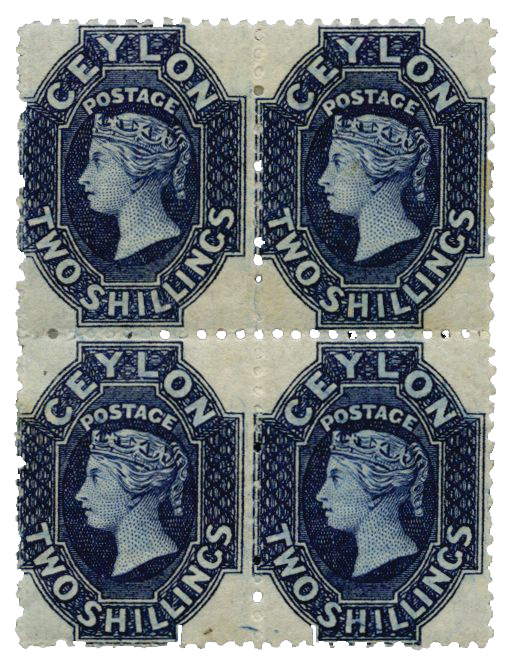 Another interesting area for collecting stamps of Ceylon is surcharges and overprints. The 1880s and 1890s saw the abundance of surcharges on stamps which can be found inverted, partially inverted, doubled, doubled with one inverted or in extreme positions. These surcharges added to the desirable qualities of the stamps and represent a collectable arena in its own right. 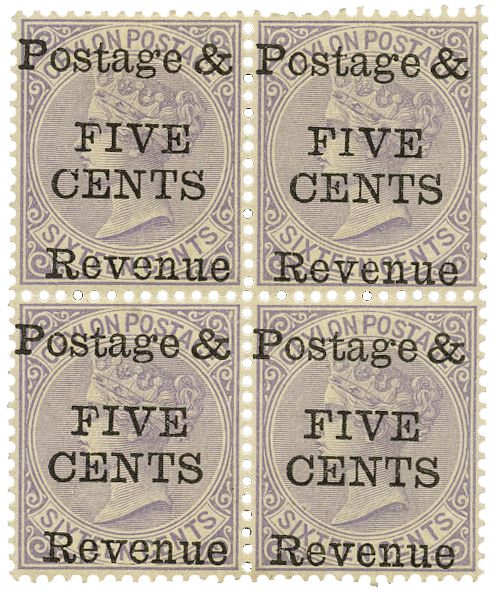 Some of the most quaint stamp issues of Ceylon and later Sri Lanka are from the 20th century. In the 1930s and 1940s, pictorial themes on stamps flourished. Some of these stamps depict the most beautiful and significant parts of Sri Lankan fauna and heritage. Stamps in George VI sets are particularly beautiful in this regard and a nice starting point for collecting pictorial stamps. In addition, what makes these later stamps attractive to collectors are plate flaws (omitted colours) and different perforations. 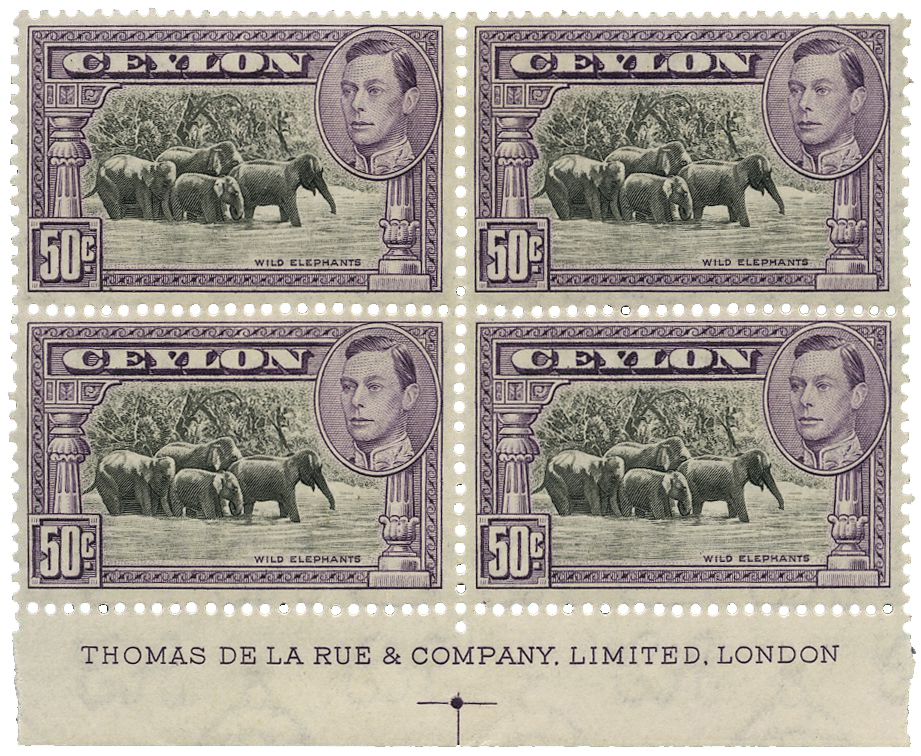 Sri Lanka has twenty-four wildlife reserves, which are home to a wide range of native species such as Asian elephants, leopards, sloth bears, small loris, variety of deer, the purple-faced langur, the endangered wild boar, porcupines and Indian pangolins. 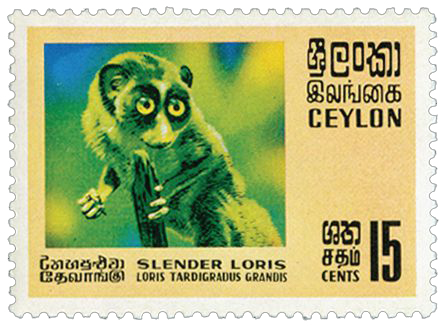 The stamps of Ceylon (Sri Lanka) represent an endless source of knowledge for collectors about the beautiful country they represent and its history. They are an endless supply of different varieties in colours, watermarks, surcharges and themes which have the potential to keep a diligent collector busy for many years.

Learn more about stamps of Sri Lanka using our catalogue on the area.

This article is written by Ema Sikic.